Digging through the piles of STUFF

As I've mentioned before, I'm a vet of a few years (off and on). I first joined because a good friend told me how wonderful the game was. I joined him and his friend in their corp, and we did a little bit of everything (literally, everything). I did a lot of mining, one of them was into PVP (sort of), the other loved exploration, and we all dabbled in building things (without having any idea really how to turn a serious profit on any of those things).

When I came back to the game back in December, one of the friends came back too. He's in the corp, and the other was inactive but had subscribed for a year so he had access to the game. We convinced him to jump in and let us have all the old BPs from the old corp. So, he did (they belonged to all three of us, afterall).

So, I was looking through all the BPs, most of which were BPCs, some were T2 (which I can't make), some were things I already had researched BPOs for, and then, in the midst of all this, I found an old BPO I didn't know we had. I did a little calculating to see the profitability.

So, I currently have 1,000 in production right now.

The point is, don't forget to check what you already have in stock, it may be worth it to produce something you initially thought wasn't worth it, or even something you didn't realize you had!
Posted by Kiger Wulf at 6:19 PM 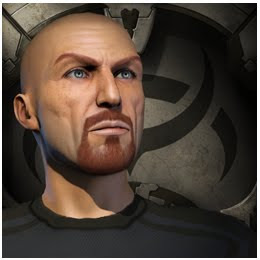